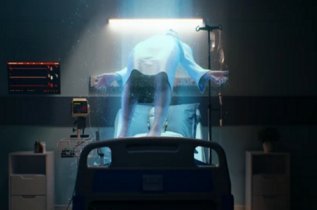 There is something intriguing about taking a past lives test, so when I shared the interest with a friend she put me in touch with a hypnotist who specialised in past lives regression. Now, instantly suspicious of anyone undertaking such a past lives test in exchange for my hard earned cash, I was relieved when I heard that he was retired and didn't want any cash, he would offer the service for free. Good start. After exchanging pleasantries, I was invited to lie down and make myself comfortable. I won't explore the hypnotic technique, just explain what happened next. Now, those totally suspicious of any past lives test or regression work, should know that I share your cynicisms, however what was fascinating about this past lives regression was that even if it was totally fictional, all totally constructed within my dreamspace, it felt stunningly real and stunningly realistic, and that, in itself, made the whole experience worthwhile.

When we first started, I was invited to revisit my first incarnation on this planet, and as I did so I became aware that I was a boy, perhaps 8-11 years old who was mute. Now I have never been mute, but what was striking about the experience was that being mute totally altered my cognitions; I couldn't even think as a talking adult, merely thinking in stubborn concepts. I don't know when the past life incarnation took place, but it was certainly in a pre-industrialised world, and I lived in a hay barn, above the living quarters of a family who were not mine. After a period, I was told by the hypnotist to fast forward to the moment this incarnation died. I confess that I found this idea somewhat scary, however did so and found that I 'died' very young, having slipped in a mountainous passage and being unable to cry for help, I 'died' of cold and starvation. Then was brought back to the present.

Now, as stated above, this experience could have been total fiction, my own generated reality, but it felt very, very real. I was eager to try out the past life regression experience again. So I did, over a total of four sessions, before they ended unexpectedly. Now, if the sessions are to be believed, I was never anybody even the remotest bit famous. I was a mute peasant boy, I worked as a hand on a naval ship hundreds of years ago, I was a soldier in the French army, I was the son of a racist landowner who kept slaves in the American South, and finally I was a ironmonger, working for a pittance making horse shoes.

It was during this last incarnation that I decided to end the sessions. The reason was simply, during this last session, as I surveyed the landscape around my place of work, there was a small lady figure, draped in a tight black shawl who was staring at me, staring through me. She wasn't part of the scene, but outside it, in a way that is almost impossible to explain. I started shaking violently and it took the hypnotist some time to pull me out of the past lives test. Even today, some years later, I still shudder when I recall that figure staring at me. Who, or what it was I may never know, but I will never regret undertaking the past lives regression. Now find out who you were in your past lives by entering your date of birth to start the past lives test: [Date format 00/00/00]